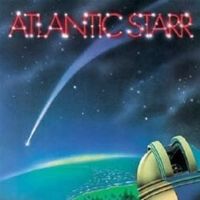 Netherlands-based reissue label, Vinyl Masterpiece, has just unleashed three new titles that should entice soul collectors to part with their hard-earned cash.
First up is ATLANTIC STARR’S self-titled debut album (originally released by A&M in 1979) featuring the US chart entries ‘Stand Up,’ ‘Keep It Comin’,’ ‘(I’ll Never Miss) The Love I Never Had’ and ‘With You I Come Alive.’ The set was produced by Philly legend Bobby Eli and comes to CD for the first time.
Also making its CD debut is ONE WAY’S in-demand 1985 set for MCA, ‘Wrap Your Body,’ which includes ‘Let’s Talk,’ and ‘More Than Friends, Less Than Lovers.’ The reissue includes the 12-inch version of ‘Let’s Talk.’
Finally, the 1980 Motown album ‘This Is My Dream,’ by Ohio sextet, SWITCH, gets a new lease of life on CD. The group featured the talents of siblings Bobby and Tommy DeBarge along with Phillip Ingram. This remastered set includes the US chart entries ‘Love Over & Over Again’ and ‘You & I.’
Look out for reviews soon at www.soulandjazzandfunk.com
For more information go to: www.vinyl-masterpiece.com