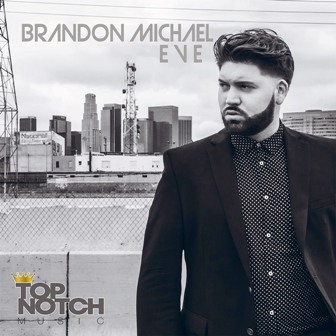 It was only last month that we were introduced to Boston singer BRANDON MICHAEL via his single, ‘Crush’. …..a pleasing, emotion-charged ballad. He said it was a song for these troubled times and now he’s pulled a similar message out of his metaphorical hat with ‘Eve’, the official follow up.

‘Eve’ is another emotional outing with some soaring falsetto and pleasing harmonies. Brandon’s people say: “We think the timing is just right for a song like “Eve” since everyone is at home with the person they love during the Corona Virus. Great tune to share with the person you love “. Produced by Rodney K Jackson (of Ce Ce Peniston fame) you can check if you agree via your favourite download/streaming portal.