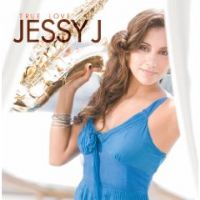 ALEXANDER ZONJIC; ‘Doin’ The D’ (Heads Up)
Maybe we wouldn’t normally feature an album by a classically trained Canadian flautist, but this album has a lot to recommend it. First of all, Zonjic works out of Detroit (his home for the last three decades) and he’s a key part of that city’s vibrant jazz and soul scene. His status is such that he can call on star names to help put his music together and ‘Doin’ The D’ features Jeff Lorber, James K Lloyd, Kenny G, Lenny Castro, Bob James, Rick Braun, Brian Bromberg and a mighty horn section that brings real vitality to ‘Passion Island’ and ‘Good as Goldie’. His other principal guest is Maysa Leak whose vocals feature on a cover of the Guess Who’s ‘Undun’. Between them, Leak and Zonjic transform the rock song into a soul winner. The album’s other standout is a cover of Freddie Hubbard’s ‘Little Sunflower’.

PETER WHITE; ‘Good Day’ (Peak)
Luton-born Peter White’s acoustic guitar sound has become a smooth jazz staple and on this, his new album, it’s used to showcase ten brand new, original songs. Fans coming to White albums don’t expect fireworks so they won’t be disappointed here, though they might be surprised by the keener edge brought to the material by French keyboardist Philippe Saisse. ‘Just Give Me A Chance’ is particularly snappy with some nifty horn work from Shannon Kennedy and Dan Savant. ‘Mission To Mars’ is pacey while ‘Ramon’s Revenge’ is a bright Latin piece. White is touring the UK in November … check the usual sources for details.

J. DEE; ‘Smoove On The Move’ (Nu Groove)
J. Dee (Bolden) is a sax player who does most of his own music programming and also fancies himself as a bit of a singer … though it’s not always successful. On the odd ‘Too Hip Fa Seafood’ (whose lyrics hint at ‘Be Thankful) he comes on like a poor man’s Johnny Guitar Watson. Claude J Woods Jr, though, adds his gruff tones to the equally odd ‘Boom Ba Boom Boom’. The oddest cut, however, is ‘Let’s Walk’. Essentially a steppers’ tune, it has a great soul groove but the rap style instructions make it sound a little like the kiddies’ hit ‘Cha Cha Slide’! On the instrumentals Mr. Dee does a passable Kenny G/ Najee impression.

JESSY J; ‘True Love’ (Peak)
Jessy J hails from Oregon but works out of California, though her heritage is Mexican and Texan. A jazz studies graduate, her sax playing has been an integral part of the Temptations’ road band for a couple of years and ‘True Love’ is her second full album. It’s essentially a Latin album though many of the cuts have a strong soul undertow – notably ‘Mr Prince’ – a glowing tribute to the Purple One! The album’s main vocal is a take on the classic ‘Morning Of The Carnival’. Jessy takes it at a swift pace and her vocal has the touch of Astrud Gilberto. She sings in Portuguese on ‘Llegaste Tu’ and the romp that is ‘Baila!’, while the gentle ‘Brazilian Dance’ has its writer, Sergio Aranada, on vocal.

BRIAN BROMBERG; ‘It Is What It Is’ (Artistry)
‘It Is What It is’ is star bassist Brian Bromberg’s seventeenth album! Like most of them, this album is a mix of Bromberg originals and covers – the two here being ‘Love Shack’ and ‘Sanford And Son’ – a Quincy Jones-composed classic US TV series theme. Unlike Bromberg’s previous sets, this new one boasts a huge horn section. The core, led by Nathan Tanouye, is drawn form the top Las Vegas show bands and augmented by guests like Randy Brecker, Eric Marienthal, Richard Elliott, Gerald Albright and Rick Braun. If that’s not enough the 13 tracker also features input from George Duke and Patrice Rushen. The funky burner, ‘Excuse Me’ sums up the album’s feel.