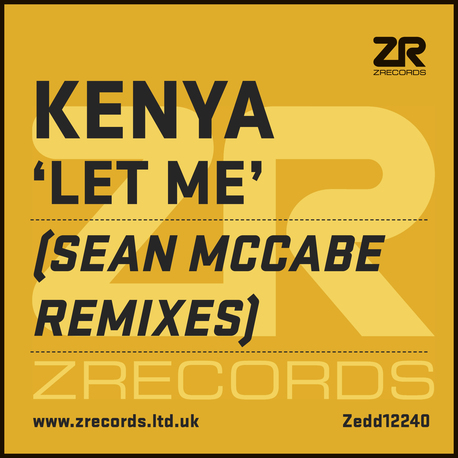 Back in 2015 KENYA (JOHNSON) delivered one of that year’s best indie soul sets….’My Own Skin’. From the long player, ‘Let Me’ became the in-demand cut. Always catchy, it was a stately modern soul beater that was later remixed by French maestro Tom Glide. Tommy Boy cranked up the tempo a tad but left things firmly in the modern soul arena.

Now, blow me, ‘Let Me’ is out again in yet another remix. This time the tweaker in chief is house don, Sean McCabe. He offers two reworks… a main vocal retooling and what he calls a “classic soul mix” – by which he means a classic “soulful house” remix… It’s not frantic or frenetic and fans of modern soul will be delighted with it. Both new mixes are available now on Joey Negro’s Z records.

And if you’re wondering why so many remixes… well it’s because Kenya will be releasing a whole “remix” album in November. I daresay one of these McCabe mixes will be on it!