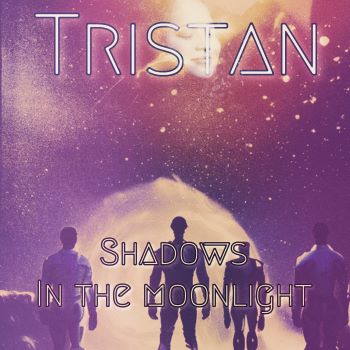 TRISTAN is a hard-gigging Dutch soul and funk band. They’ve been around since the early noughties  when drummer, Sebastian Cornelissen and bassist Frans Vollink discovered a mutual love of soul and funk. They then recruited keyboardist Coen Molenaar and worked as a trio peddling their take on jazz/fusion with a soulful twist. That trio is  still at the core of the band  which is now operating as a quintet with Guy Nikkels on guitar and Jaycilee Teterissa handling  the vocals.

That fivesome are currently putting the finishing touches to a new album, their seventh, so logically the team are calling the collection ’Seven’. It’s due in March but as taster, Tristan are  releasing a new single this coming Friday, January 27th. The tune is a pacey, lithe ‘Shadows In The Moonlight’ on which Ms. Teterissa’s vocals shine alongside some sparkling piano work from Mr. Molenaar. The other band members offer sterling support on a cut that quite sweeps along delivering  a great hors d’oeuvre for the album.