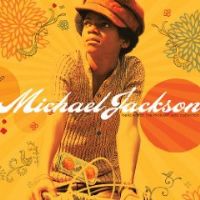 Blimey! Talk about quick! The funeral’s hardly over and the media debate about MICHAEL JACKSON’S sad death refuses to go away, yet Motown have managed to bring out a brand new JACKSON compilation! In fairness to Universal’s Hip-O Select set up, though, they say that the three CD box was in preparation long before the recent sad events. Be that as it may the release is, to say the very least, more than well-timed in terms of business. Essentially the package, entitled ‘Hello World’, contains every MICHAEL JACKSON solo Motown recording between 1971 and 1975, plus those Motown retained after he’d left for (considerably) richer pastures. As ever with Hip-O product there’s a selection or previously unreleased items – including a great mix of ’25 Miles’ and thoughtful essays and liner notes. The set’s bound to become a real collectors’ item – full review on www.soulandjazzandfunk.com very soon.