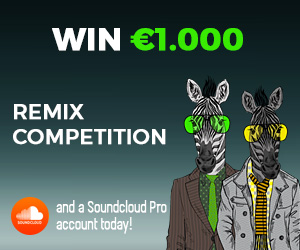 Connoisseurs of techno dance music will be familiar with the producer and mixer, KRAMNIK. Well now the Berlin-based meister has changed identity. Influenced by the German capital’s unique vibe he’s re-booted himself as MOOJI and just released a 3 track EP as a taster to his upcoming album, ‘Double Agent’. Musically, it’s an odd, eclectic mix – a fusion of blues, dub, indie, chill out and acid –jazz!

But here’s the EP and album’s USP…. Mr Mooji is offering to share each track with aspiring mixers and producers. Eight single tracks will be put out through 2015 and as long as you register an interest, you can have the musical stems to work with for four weeks. The best new mixes will win 1000 Euros for their creators, along with a share of the royalties when the mixes are released.

Other prizes include Sound Cloud pro accounts and publicity coverage with media partners such as Resident Advisor, Electronic Sound magazine and Trust the DJ.