MIXED UP FOOL IN LOVE…. 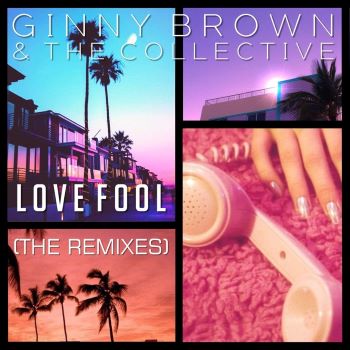 In June East Midlands band GINNY BROWN and the COLLECTIVE hit us with a double A sided single  that paired ‘Love Fool’ with ‘Starlight’. Both delivered the same glitter ball optimism  that harked back to the days of mainstream disco. ’Starlight’ by the way was  mixed by maestro, Nigel Lowis who had worked his magic on Ginny’s earlier hit ‘Déjà Vu’.

So, why not get Mr L in to remix ‘Love Fool’? A no brainer really and the man’s mixes of said tune have just become available. There are two tweaks – a classic six minute plus disco workout (there’s a radio edit for the faint hearted!) and a crunchy ‘Disco 54’ mix – homage, of course to Studio 54  and all very Giorgio Moroder. Polish your balls (mirror ones, natch!)