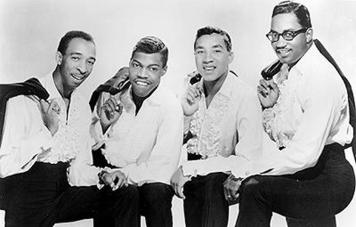 When the great SMOKEY ROBINSON eventually went solo in 1972, soul pundits (and even some die-hard fans) believed it was the ends of the road for the guys he’d left behind –THE MIRACLES. SMOKEY however wanted the group (all lifelong pals) to continue and he’d worked hard with RONNIE WHITE, BOBBY ROGERS and PETE MOORE to find a suitable replacement. The singer they all settled on was Baltimore’s BILLY GRIFFIN and he led the revitalised MIRACLES on the next phase of their career. The first two MIRACLES albums to feature GRIFFIN – ‘Renaissance’ and ‘Do It Baby’ – have just won a reissue as “twofer” on the Universal/Motown Hip-O Select imprint (available via Universal Music Catalogue) and they reveal a group right at the top of their game.

1973’s ‘Renaissance’ is particularly impressive. SMOKEY worked as executive producer for the set and he brought in some of Motown biggest hitters to ensure that his old buddies got the very best start in their new incarnation. Producers and writers include LEON WARE, JAMES CARMICHAEL, WILLIE HUTCH, LARRY MIZELL, PAM SAWYER, FRANK WILSON, LEONARD CASON and MARVIN GAYE. MARVIN wrote and produced ‘I Love You Secretly’ for the MIRACLES and it’s a superb ballad that echoes his best work with the ORIGINALS. Other highlights on the set include two WILLIE HUTCH songs – ‘I Wanna Be With You’ and ‘I Didn’t Realize That The Show Was Over’. Like the whole album – outstanding examples of sweet soul harmonizing.

Sadly the set wasn’t a huge seller, so for the 1974 follow up Motown decided to toughen up the sound just a tad… typified by the LP’s title cut ‘Do It Baby’, which when released as a single gave the MIRACLES their biggest US hit since ‘Tears Of a Clown’. ‘Can’t Get Ready For Losing You’ is another up-tempo gem though the album boasted several outstanding ballads too – notably ‘You Are Love’ and ‘A Foolish Thing To Say’.

The ‘Do It Baby’ album established the MIRACLES as a viable force without SMOKEY ROBINSON – a position they consolidated with the remarkable ‘City Of Angels’ album. This “twofer” reissue sees ‘Renaissance’ and ‘Do It Baby’ on CD for the first time and as a special bonus the collection features a wonderful seven and a half minute remix of ‘Do It Baby’ by TOM MOULTON.