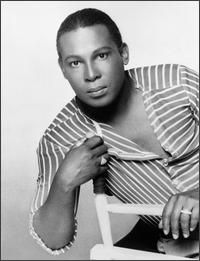 With the movie awards season in full swing, it’s hard to escape the publicity surrounding the SEAN PENN film, ‘Milk’… the story of HARVEY MILK, America’s first ‘openly gay’ elected politician. The movie soundtrack relies for much of its impact on the SYLVESTER disco anthem ‘You Make Me Feel Mighty Real’ and it will probably come as no surprise to you to learn that Fantasy/Concord have just reissued the song as a single. More, the label are also releasing ‘Sylvester: The Original Hits’ – an eleven track collection of the gay icon’s best work. ‘You Make Me Feel Mighty Real’ is there, of course, along with ‘Dance, Disco Heat’ and a decent version of SMOKEY’S ‘Ooo Baby Baby’. Sadly there’s no room for SYLVESTER’S version of BURT BACHARACH’S ‘I Took My Strength From You’ which proved there was more to him than sequined outfits and glittery balls!