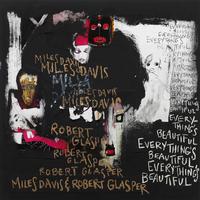 To celebrate what would have been MILES DAVIS’ 90th birthday, ROBERT GLASPER is set to release an all star tribute album to the iconic jazz man.

The long player is to be called ‘Everything’s Beautiful’ and it features a stellar line up of guests offering contemporary interpretations of Davis classics and not so well known items. Amongst the featured guests are Erykah Badu, Ledisi, Bilal, KING, Laura Mvula, Phonte, John Scofield, and a certain Stevie Wonder. Stevie features on a version of ‘Right On Brotha’.

Glasper says of the project: “I didn’t want to do just a remix record. My idea was to show how Miles inspired people to make new art. You know, Miles didn’t have one audience. I wanted to do something where we can take some of Miles’ ideas, shake them up, and try to show the influence of Miles and make new things.”