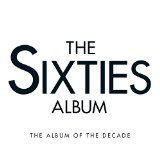 Grammy-nominated Chicago soul and jazz siren, MIKI HOWARD – the former lead singer of Side Effect and who scored two Billboard R&B chart toppers for Atlantic Records in the late ’80s and early ’90s – is back with a new album, ‘Private Collection.’ The 10-track long player for Branicka Records is her eleventh album and follows in the wake of her 2007 set for Shanachie, ‘Pillow Talk.’ The album’s available in CD and MP3 format from www.miki-howard.com