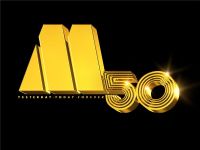 Soul anoraks will know already that next year – 2009, Motown will celebrate its fiftieth anniversary and beginning in the winter of 2008 and running through 2009, Universal Music will be celebrating the anniversary in fine style. The history books tell us the Motown Sound went worldwide in the ’60s, and that the sound still resonates today. The label’s scored more than 180 No.1 songs and statisticians are still counting. Motown hits continue to appear in commercials, TV and movies, and remain an influence on today’s biggest pop and R&B stars. But to real soul fans Motown stands for more than that mere statistics. Motown has provided the soundtrack to individual lives and collectors cherish every release on any of the labels within Gordy’s iconic stable. Equally it’s not just about the music; it’s all about a time and a place and a reflection of the hard work of dedicated individuals overcoming incredible obstacles to achieve great success. On January 12th 2009, Motown will be precisely 50 years old, and to honour this monumental event in musical history, Universal Music is planning multiple new releases across all mediums throughout the next year. Heralding these will be a brand new 50th anniversary CD due December 1st 2008, featuring songs voted for online by the fans of Motown. Universal Music plans to release many different versions of the compilation across the globe, reflecting each market’s favourite songs and in turn celebrating the enduring popularity of Motown across the planet.