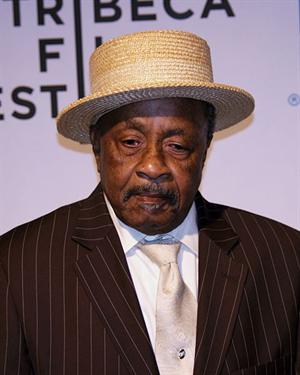 Shaw was born in Atlanta in 1939 and his music career began in 1954 when he joined a doo-wop group called The Overalls. The group enjoyed some success in and around Atlanta and also featured Edward Patten and Bubba Knight… both later to enjoy fame as two of Gladys Knights’ Pips.

In 1958 James moved to Los Angeles where he performed as Jimmy Shaw; then in 1959 he changed his name to “Hannibal”. Why he adopted the name of the Punic war hero has never been successfully explained but what is clear is the singer milked the name for all its worth – wearing flamboyant clothes and a signature pink turban and at one time, when touring in New York, riding a circus elephant down Broadway (Hannibal, remember, had crossed the Alps on elephants)

In the 60s he recorded for a number of labels including Pan World, Romark, King and Josie…. using the nominal prefix “Mighty”. But his career was dogged by personal issues – including drugs, alcoholism and involvement in prostitution rackets. He eventually spent 18 months in jail for tax evasion.

In the 70s he made a comeback of sorts under the name “King Hannibal” and diversified into Gospel music and acting. His most recent recordings were ‘Who Told You That’ in 1998 and ‘Hannibalism’ from 2001. Glaucoma robbed him of his eyesight in 2002 but as the new millennium went on he worked with Elton John and Leon Russell, writing the song ‘There’s No Tomorrow’ from their joint 2012 album. He also worked with John Legend and just last year he began work on new recordings of his own in Atlanta’s Doppler Studios (home of Outkast)

Mighty Hannibal’s biggest career hit was 1966’s ‘Hymn No. 5’ – a song about returning Vietnam vets. Released on the Shurfire label, it became something of Black Activist anthem, taken up by singers like Wilson Picket.