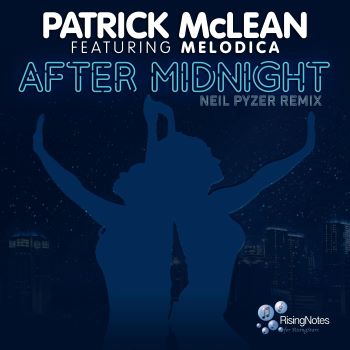 PATRICK MCLEAN is a UK soul veteran. The singer/sax man/writer/arranger/producer was a founder member of Hi Tension and more recently worked with the Brit Funk Association. In between all that he was working with family band M Lights but then Patrick took some time out to be with his family. Even during that time out, though, he still worked at his music releasing a 2012 single ‘Cruising Into Sunrise’ on which he was billed as Cruz.

More recently Patrick has released some classy contemporary soul singles, like his collaboration with Deborah Bell, ‘Look Where You’re Going’ but for his latest release Patrick switches genres. You see he’s taken his ‘Cruising Into Sunrise’ and reworked it as ‘After Midnight’ and , working with remixer Neil Pyzer and big voiced Melodica, they’ve given it an energetic,  EDM Warehouse party vibe. For sure it’s not everyone’s cuppa but it does the show the versatility of Mr McLean!