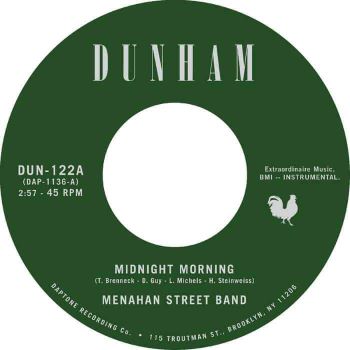 ‘Midnight Morning’ is the new single from the MENAHAN STREET BAND – an eclectic ensemble originally formed by Thomas Brenneck, the guitarist with the Dap-Kings. At times, the Brooklyn collective features members of Budos Band, the Roots, the Dap-Kings, Lee Fields’ band The Expressions, and Charles Bradley’s backing band and it’s been a while since we heard anything new from them but the shifting, moody, atmospheric, and brass-filled ‘Midnight Morning’ is sure to keep their fans happy.

Their label Dunham/Daptone tell us that the track has been released to announce a new album – due February. We believe it’s to be called ‘The Exciting Sound Of The Menahan Street Band’ and those of you familiar with the band will be confident that the music will live up to that “exciting” billing!