MIDDLE OF THE ROAD…. 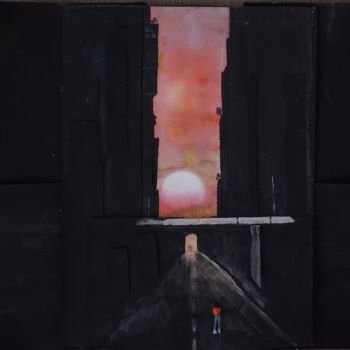 In October, British muso and sometime Abbey Road studio engineer ANDY WOOD MITCHELL released the first track from his upcoming album, ‘Merlin’s Bones’ (a soundtrack to his forthcoming Youtube film “The Horticulturalist” which will be available to view in January 2022). The single was ‘Star Boogie’. Big and brash, it  was engineered by Boogie Back’s Ernie McKone and sonically it was simple – a pacey boogie. The message in the music though was something quite different – a light-hearted look at Man meeting an Alien species and the Alien Species eating Man!

That lyrically quirkiness becomes quirkier on ANDY’S new single, ‘MOR’ (which we’re guessing stands for “middle of the road”?) . We’re told the song is an “ode to the element Carbon 7.7 Hertz and all things universal.”  So now you know! Musically, it’s a complex, blue eyed soul mid-tempo groove once again engineered and co-produced by Ernie McKone.

‘MOR’ is out now and the album ‘Merlin’s Bones’ is due December 3rd. I guess we can expect the unexpected! The single’s art work (above) reinforces that!