MICHAEL MIXED … OR NOT 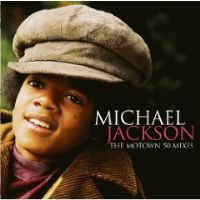 The MICHAEL JACKSON cash-in continues unabated with a new Motown release featuring 11 “new” mixes of JACKO faves – both solo and with the eponymous FIVE. “Mixed”, though, isn’t quite the best way to describe the new tracks. In actuality, what the engineers have done to stuff like ‘I Want You Back’ and ‘Got To Be There’ is to strip away much of the instrumentation from the well-known, released songs to leave a limited backing track and little MIKE’S sweet voice. The idea, we’re told, is to make that voice the star – not the pop productions… but I guess MJ fans knew that all along anyway. Full review on www.soulandjazzandfunk.com very soon.

Tags: MICHAEL MIXED ... OR NOT