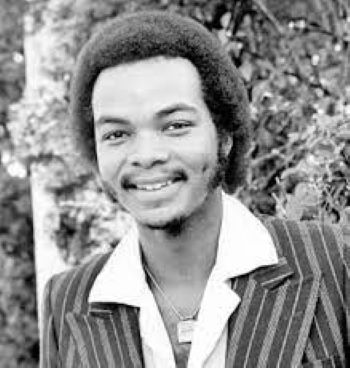 Celebrated bassist and soul vocalist MICHAEL HENDERSON  died on Tuesday 19th July. He was aged 71 and died at his home in Atlanta.  No more details have been made available save that Henderson had recently spent two weeks in Atlanta’s Emory University Hospital. His Facebook page announced his sad passing: “Singer, Songwriter, Bass Innovator, Music Producer, Father and Son Michael Henderson has peacefully made his transition surrounded by family and loved ones today at his home, Atlanta Georgia… Bless his heart and soul… He touched the lives of many and returned that love through his many live concerts, music recordings, social media, interviews and incessant touring which he loved…!

Michael Henderson was born Yazoo City, Mississippi in 1951. His family relocated to Detroit in the 60s and there, young Michael became a known bass player on that city’s music circuit. He eventually came to the attention of Stevie Wonder who hired him for his road band. After Stevie, Michael worked with Miles Davis for seven years before carving out his own solo career but he still played sessions most notably with Marvin Gaye, the Dramatics and Aretha Franklin.

Soul fans will  forever remember Michael Henderson for his vocal recordings – notably his duets with Jean Carn (things like ‘Valentine Love’) and Phyliss Hyman and, of course, his work with drummer and soul entrepreneur Norman Connors. Henderson’s is the voice on the classic Connors’ track ‘You Are My Starship’.

Henderson enjoyed hits too as a solo artist. Amongst his best known songs is ‘Take Me I’m Yours” while  his ‘Wide Receiver’ album  is considered a classic of the smooth jazz genre. From it, try his version of the Four Tops’ ‘Ask The Lonely’ to hear s supreme smooth soul stylist at his best. Henderson enjoyed  a dozen or so  solo hits and recorded  eight albums but despite his success, he surprisingly retired from recording in in  1986. He did, however, continue to perform.

Since the news of his passing, tributes have flooded in from other musicians, including  this from Bootsy Collins: “Dangit, we lost one of the Real One’s our Bass brother Mr. Michael Henderson (July 7, 1951-July 19,2022) was an American bass guitarist and vocalist. He was known for his work with Miles Davis, Dramatics, Stevie Wonder & many others. Prayers going out to his family & friends!”