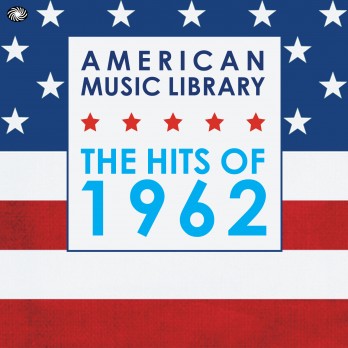 Oldies specialist label, FANTASTIC VOYAGE has just released their latest UK chart retrospective compilation. The new collection focuses on 1962 – a seminal year in UK pop, chiefly because an unknown foursome from Liverpool, THE BEATLES, made their first chart entry with a song called ‘Love Me Do’. 1962 was also an important year for soul. RAY CHARLES scored hits on the back of his ‘Modern Sounds In Country And Western’, SAM COOKE was still ‘Twistin’ The Night Away’, THE DRIFTERS were a semi-permanent chart fixture and GENE CHANDLER was proclaiming his ‘Duke Of Earl’ pedigree.

The FANTASTIC VOYAGE ‘1962 BRITISH HIT PARADE’ comes in two cleverly-packaged and well-annotated volumes. Volume 1 covers the period January to June, while the second volume covers the last six months of the year. There are ten CDs in total with a massive 290+ tracks that tell the story of an important year – a year when the old pop order was about to give way to newer, exciting sounds – the sounds of Merseybeat, Motown, Stax, Atlantic and much, much more