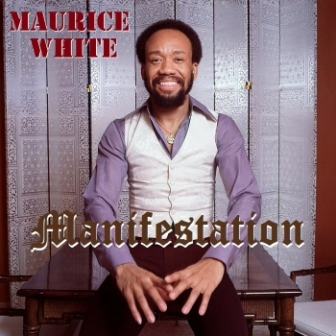 MAURICE WHITE (who died in 2016) is a soul icon. A giant of the genre, he played in the classic Chess studio band, collaborated with Ramsey Lewis on his ground breaking recordings and, of course, went on to found and lead a little band called Earth Wind And Fire!

What’s not too well known though is that for over 30 years Maurice enjoyed a close and fruitful relationship with soul entrepreneur Preston Glass and in downtime from his own work he often recorded with Glass. In fact we’re told that the duo laid down something like 40 songs that have remained unissued and unheard – till now.

In partnership with SoulMusic Records’ David Nathan and with the full co-operation of White’s Kalimba productions, Preston has made 12 of those recordings available on a very special ‘Manifestation’ album.

Now we’re not claiming that this “new” music is up there with the best of EWF but it sure shows a different side to Maurice. The music on the LP veers from sweet baladeering (like ‘True Love Is Forever’) through to quasi chill (like ‘Laid Back Aphrodisiac’) and on to hard funk (like ‘Panic Button’). Here and there you hear echoes of EWF – it might be a chord change, a riff, a melody line and certainly THAT distinctive voice and it all adds up to a must have for serious soul collectors.