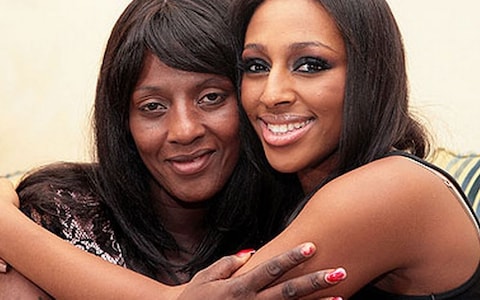 UK soul singer MELISSA BELL died on Monday 28th August aged 53. A diabetic, she had suffered with kidney problems. Melissa had been a member of Soul II Soul, recorded as a solo artist and was the mother of Alexandra Burke (the pair are pictured together above). Indeed it was Ms Burke who announced her mother’s passing via Twitter: “It is with the heaviest and saddest of hearts that the family inform you our beautiful, funny and loving mum, Melissa Bell, has passed away. Our beautiful mother gained her wings on Monday 28 of August 2017, a day that changed our lives forever. We will never forget her unconditional support, charisma, strength and courage throughout her life. We are eternally proud and thankful to call her our mummy.”

Born in London, Melissa Bell enjoyed moderate success with her solo single, ‘Reconsider’. Her delivery convinced Soul II soul’s Jazzy B to enlist her into his collective in 1993. Melissa was lead voca on Soul II Soul’s ‘l ‘Wish’ and a year later on ‘Be A Man.’

Ms Bell is survived by her four children.