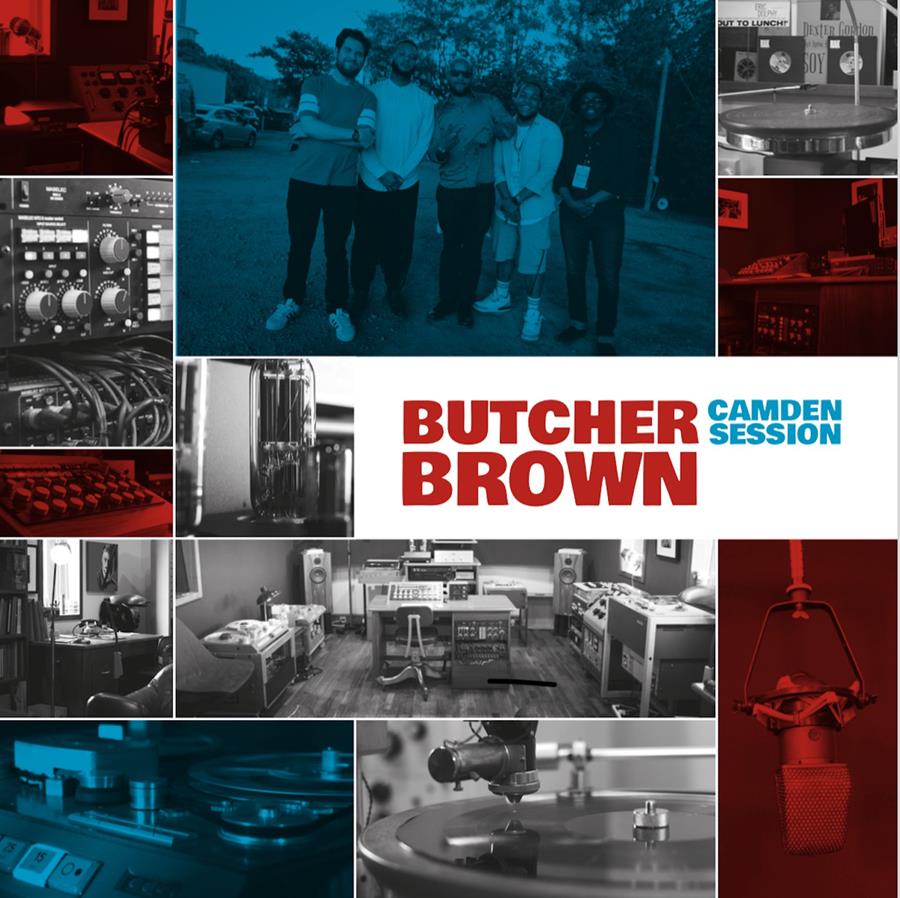 Currently occupying the coveted support slot on Kamasi Washington’s Heaven & Earth tour in the USA is Virginia quintet, BUTCHER BROWN. They first arrived on the music scene with their unique and unclassifiable meld of jazz, R&B, funk and hip-hop  in 2014 when they issued their debut album, ‘All Purpose Music,’ on Ropeadope.  Now, they’re about to unleash their second album on the UK-based Gearbox label, and it’s the follow-up to last year’s critically-lauded in-concert LP, ‘Live At Vagabond.’  Their new project is called ‘Camden Session,’ and its title alludes to the fact that it was recorded in North London at producer Mark Ronson’s studio.

The band (comprising keyboardist DJ Harrison, drummer Corey Fonville, bassist Andrew Randazzo, trumpeter Marcus Tenny, and guitarist Morgan Burrs) have been dubbed the hip-hop generation’s Mahavishnu Orchestra and have been tipped for stardom. ‘Camden Session’ is a four-track instrumental album that features the group’s new single, ‘Camden Square’ and has the distinction of being recorded live direct to disc. It’s available on both vinyl LP and CD.