ME AND MR JONES! 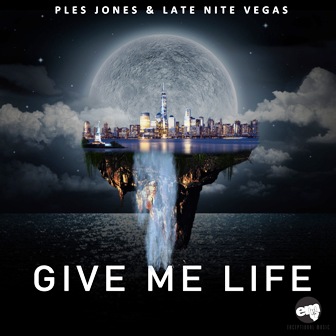 PLES JONES hails from Pittsburgh, Pennsylvania, where he is known as a purveyor of deep and soulful sounds. A DJ for 15 years and a producer for 20, Ples served his music apprenticeship with people like Stonebridge and Roy Davis Jr and in 2014 he made his solo record debut with ‘Baby’ fronted by Louise Brown.

In the same year he launched his own label, the humbly named Exceptional Records and that’s the imprint for his latest soulful house foray – the atmospheric ‘Give Me Life’ – a shifting, hypotonic tune with an eerie, lithe vocal from the wonderfully named Late Nite Vegas. Don’t know too much about Mr V (no relation to our Johnny, methinks!) but he adds a special, laid back feel to the tune which is apparent on both mixes – the original and the “Chunky Dub”.

‘Give Me Life’ will be released on Traxsource promo September 4th / Full release September 18th, 2020 on Exceptional Music