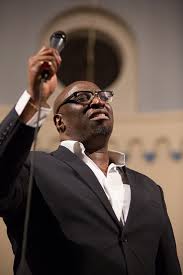 These days PAUL JONES is best-known as the authoritative presenter of BBC Radio’s excellent blues and real R&B programmes. In the 60s though he was a high profile singer – first with the hit-making band, MANFRED MANN and then as solo performer , peddling his own take on soul, blues and pop.

JONES was born PAUL POND in Portsmouth in 1942 and after dropping out of Oxford University he teamed up, in London, with one BRIAN JONES in a blues band. When BRIAN wanted to expand the band with new guitarist KEITH RICHARD, bassist BILL WYMAN and drummer CHARLIE WATTS, PAUL declined the offer to become the new outfit’s singer! Instead he joined a cabaret style show band before eventually joining THE MANN-HUGG BLUES BROTHERS who, of course, became 60s hit makers MANFRED MANN.

With PAUL JONES as lead vocalist the MANFREDS enjoyed spectacular success with their very particular take on soul, jazz and blues. The success continued even after JONES quit for a solo career and it’s that solo career that is to be documented in a series of CDs from the RPM label.

The label has just released the first CD in their ‘PAUL JONES COLLECTION’. The 21 tracker traces his early solo years in the mid sixties. The album is built around his first solo LP – ‘My Way’ but also includes a generous selection of other studio recordings including his songs for the movie ‘Privilege’ in which he starred (JONES also enjoys a parallel career as an actor) and previously unreleased material. Amongst the selections is an excellent cover of THE DRIFTERS’ ‘When My Little Girl Is Smiling’ and ‘Sonny Boy Williamson’ – a tribute (co-written with CREAM’S JACK BRUCE) to the blues legend …showing where PAUL JONES’ heart (and soul) really was.

‘THE PAUL JONES COLLECTION Volume 1… MY WAY’ is out now on RPM Records.