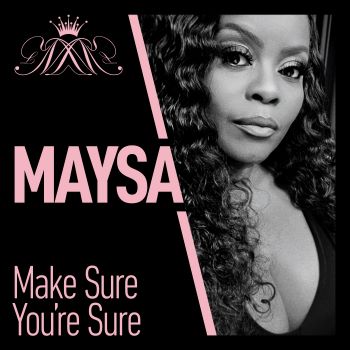 Always good to have new music from MAYSA (Leak) and without too much fuss or fanfare, the supreme soul stylist has just released a splendid double A sided single…. ‘Sure You’re Sure’/’Just Say’.

‘Sure’ is a sensual offering that sits between smooth jazz and sophisticated soul. Stevie Wonder fans will recognize the song. It originally appeared on his ‘Junge Fever’ movie soundtrack album (Maysa was actually a backing singer on that original) but, as ever, here  Ms L makes the song her own though, cleverly, she pays homage to the master by using some sweet harmonica in the intro.

‘Just Stay’ is  a Maysa original – penned with long-time collaborator Chris “ BIG DOG” Davis. This one has “classic Maysa” stamped all over and it’s already winning plenty of Stateside airplay.

Out now via Maysa’s own Blue Velvet Records.