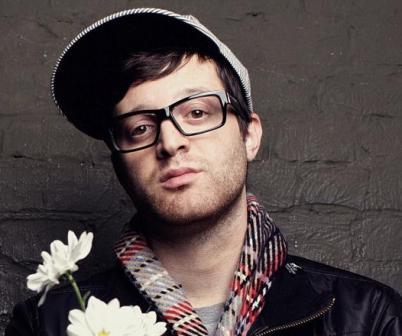 Everybody’s favourite blue-eyed retro soulster, MAYER HAWTHORNE, releases his third, full, solo album ‘Where Does This Door Go’ on July 15th . The album is a collaboration with a number of top producers, including JACK SPLASH (who’s worked with CEE-LO GREEN and ALICIA KEYS), and PHARRELL WILLIAMS.

The set’s first single is called ‘Her Favourite Song’, and it’s a duet with British songstress JESSIE WARE. The LP’s other big collaboration sees MAYER working with hip-hop’s biggest star of the moment, KENDRICK LAMAR.

To support the album MAYER returns to the UK this summer, playing at London’s annual Hard Rock Calling Festival on June 28th, and his own headline show at London’s XOYO on July 3rd, as part of his European tour. MAYER has also announced a summer tour supporting ONE REPUBLIC in the US. Please visit www.mayerhawthorne.com for more information.