MAYBE ONE DAY FOR MELINA… 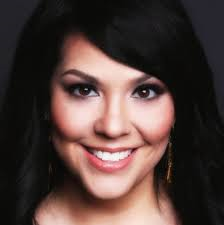 MELINA (NAREZO) is a soul and jazz singer who works in and around San Antonio, Texas and her debut, eponymous album has won support from people who like the soft soul sounds of Rumer. The album, out on Woodward Avenue Records, has been produced by Paul Brown who, of course, knows a thing or two about quality smooth soul and jazz. His credits include work with people like George Benson, Al Jarreau, Kirk Whalum, Patti Austin, Norman Brown, Luther Vandross, Larry Carlton, Euge Groove, Boney James and Rick Braun.

Melina’s album boasts some choice covers – notably versions of ‘Superstar’ and ‘At Last’, but the tune that’s garnering most attention is a smooth soul gem called ‘Maybe Not Today’ – currently nestling in the US Smooth Jazz top 20 no less!

Jazz drummer, Colin Watson (known for his recent wok with Soulutions and Neo), has just given the tune a cool remix that’s sure to appeal to the more sophisticated modern soul crowd and those who dig the aforementioned Rumer and even Swing Out Sister will love its understated cool. Woodward Avenue Records haven’t yet decided whether to release the remix… let’s hope they see sense. They’re sitting on a winner!