MAY THE BEST GIRL…. 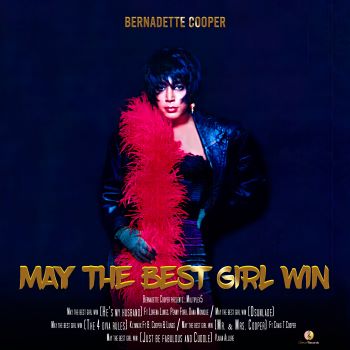 Last year we reacquainted ourselves with Ms BERNADETTE COOPER sometime  member of all girl group KLYMAXX. Ms C was behind the drum kit (and took occasional vocals) in the band. When the group  fell apart in the late 80s there were all kinds of legal shenanigans about naming rights and who owned what… solicitors loved it!

Ms Cooper eventually won the right to use the Klymaxx name but she decided to strike  out as a proper solo artist and her single ‘Believe In Us’ won her plenty of new friends especially those who like a little sensuality with their soul.

Bernadette has just released a new single… a loping, bassy, groove, ‘May The Best Girl Win’ which again offers a generous slice of sensuality. There are plenty of mixes (produced by Osulande) to suit every mood and preference . She calls  the project “Multiplex 5” ‘cos, she says,  it’s like going to a cinema with 5 screens! The song’s theme is right on too… it “reminds women to keep themselves first in the game of love and respect every girl’s territory during their pursuit of happiness…One woman’s folly is another woman’s husband. There is no need to chase after any man. Amazon will deliver; we can all go shopping.”…The goddess of it all!” So now you know!