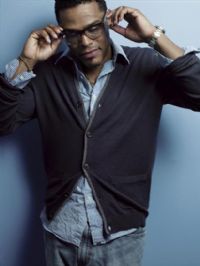 MAXWELL, the mysterious Brooklyn-born falsetto-voiced singer who found instant fame with the classic neo-soul album ‘Urban Hang Suite’ in 1996, returns with his fourth studio album, ‘BLACKsummers’night’ via Sony Music on July 9th. It’s the first instalment of a planned trilogy of albums under the title ‘BLACKSUMMERS’NIGHT.’ The second album in the series is apparently entitled ‘BlackSUMMERS’Night’ – and has a gospel feel – while the concluding volume, a collection of nocturnal slow jams is dubbed ‘BlackSummers’NIGHT.’ Sounds confusing? Well, all will be revealed in time, no doubt.
The new album follows in the wake of last year’s sell out Stateside tour and the video for Maxwell’s new single, ‘Pretty Wings’ can be seen at the singer’s own website, www.musze.com