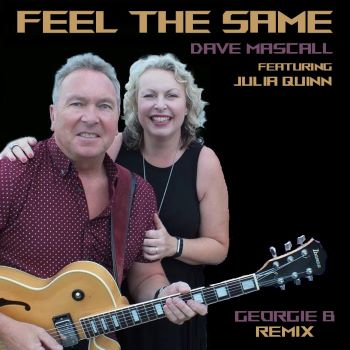 Soul/jazz guitar man DAVE MASCALL has been busy during lockdown, crafting and remixing plenty of new tunes. His most recent outing was February’s ‘Feel The Same’ which featured vocals from one of Dave’s long-time collaborators, JULIA QUINN. The cut eventually appeared in three mixes – a Franklin D mix which cranked the beats up to 125 bpm giving the whole thing a soulful house flavour, a “soulful mix” (slow and sensual) and a “Jazz Funk” mix which was just that!

Now there’s a fourth mix courtesy of GEORGIE B of the Groove Association who puts more of a contemporary soul spin on proceedings. Georgie calls it a “nu soul foot stomper” – wouldn’t argue! Out now via the Dave Mascall web site.