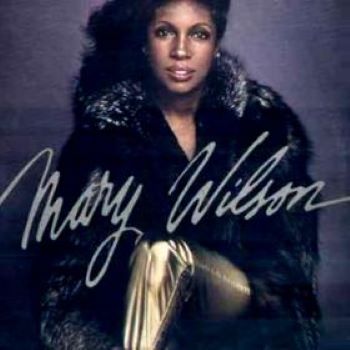 It never takes record companies long to work the back catalogues of artists who have sadly passed. Just a month after the death of MARY WILSON, Motown/Ume Records have announced the reissue of an expanded version of her 1979 eponymous solo debut long player.

The label tells us that they were working on the release well before Mary’s death and the new issue will include the original album content plus eight bonus tracks, including several previously unreleased tracks. ‘Why Can’t We Get Along’ has never seen the light of day before and will now be issued as the lead single.

The album, a rare Wilson solo foray, is mainly dance orientated and it meant very little at time of release save with die hard Supremes completists who, we’re sure, will be glad to have Mary’s music in this digital format along with the previously unreleased material.