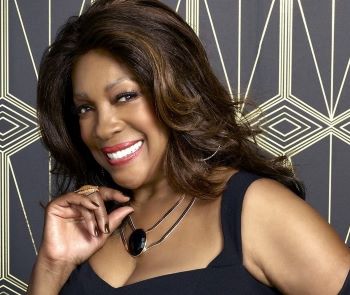 MARY WILSON, co-founder of THE SUPREMES and who stayed with the group until they split up, has died at the age of 76. She passed away on Monday 8th February at her home in Henderson, Nevada. Her death was announced by her publicist Jay Schwartz who declined to give cause of death.

Born in 1944 in Greenville, Mississippi, as a child Mary moved to Detroit to live with an aunt. When her parents moved to Detroit, the family moved to the Brewster-Douglass Housing project where, aged 15, she met Florence Ballard who asked her to join her vocal group, the Primettes which also included Diane (later Diana) Ross and Betty McGlown.  The group signed to Motown in 1961 and McGlown left to get married. She was replaced by Barbara Martin who herself left in 1962. Now known as the Supremes, or as label boss Berry Gordy dubbed them “the no-hit Supremes” because of their lack of success, they became and remained a trio. However, after a successful link up with Holland-Dozier-Holland, the Supremes became Motown’s most successful act of the 60s. scoring 12 number one singles in the US. Their first number one was 1964’s ‘Where Did Our Love Go’ which was followed by ‘Baby Love’, ‘Come See About Me’ and ‘Stop! In the Name of Love’. ‘Baby Love’ was the only single to reach number one in the UK, but most of their singles reached the top ten in the UK.

In 1967, after a series of personal problems Florence Ballard was replaced by Cindy Birdsong and Gordy (who it was rumoured was having an affair with lead singer Diana Ross) renamed the group Diana Ross and the Supremes.

In 1970 Ross quit the group for solo stardom which, of course, left Mary Wilson as the only original member. With Jean Terrell as lead singer, the Supremes continued to enjoy success – though not at the same level and in 1977 Mary decided to disband the group. They did reform from time to time with various line ups and Mary was in constant demand as a performer in Motown anniversary shows and as commentator on the label’s history.

In 1986 her autobiography ‘Dreamgirl: My Life As a Supreme’ became a US best seller. Two years later the Supremes were inducted into the Rock and Roll Hall of Fame. It’s suggested that the ‘Dreamgirls’ musical was based around Mary’s book, though she always denied it.

In 2019, Wilson took part in ‘Dancing With The Stars’, the US version of ‘Strictly Come Dancing’. Just two days before her death, Wilson uploaded a video on YouTube announcing that she was working on releasing new solo material.

Social media has been awash with tributes to Mary. Kiss guitarist Paul Stanley who’s just released his own soul album (see reviews) tweeted: “I was just on a Zoom call with her Wednesday for about an hour and never could have imagined this. So full of life and great stories. Absolutely shocked. Rest In Supreme Peace Mary.” While Tony Blackburn posted: “So sorry to hear the wonderful Mary Wilson has passed away. She was a very great singer and a very nice person. R.I.P.”

Berry Gordy issued the following statement: “I was extremely shocked and saddened to hear of the passing of a major member of the Motown family, Mary Wilson of the Supremes. The Supremes opened doors for themselves, the other Motown acts, and many, many others… I was always proud of Mary. She was quite a star in her own right and over the years continued to work hard to boost the legacy of the Supremes. Mary Wilson was extremely special to me. She was a trailblazer, a diva and will be deeply missed.”

I’ve been lucky to see Mary Wilson perform several times – with and without the Supremes. The last time was about ten years ago when she was the guest on tour with Bill Wyman’s Rhythm Kings. She was a gracious and wonderful performer and so appreciative of the audience and of icons Wyman and Georgie Fame who was part of the band. For their part, Wyman, Fame and the whole audience were delighted to see a soul legend perform. Rest in peace.