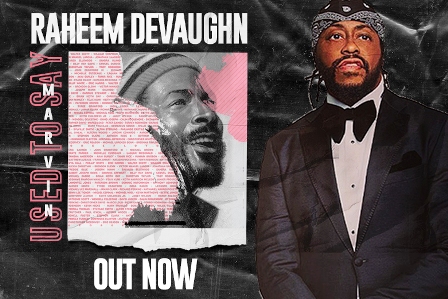 ‘Marvin Used To Say’ was one of the key tracks on Raheem DeVaughn’s last album, ‘What A Time To Be In Love’. The ponderous, thoughtful and sombre, ‘Marvin Used To Say’ reflected the sound and sentiment of ‘What’s Going On’ and as April 2nd would have been Marvin’s 82nd birthday, DeVaughn is re-promoting the song with a new Gaye inspired video in which he sports the same sort of style that Marvin made famous in his ‘Let’s Get It On’ phase …. denims and red beanie hat! As a teaser DeVaughn’s people tell us that the singer is working to release an entire album dedicated to Gaye later this year.