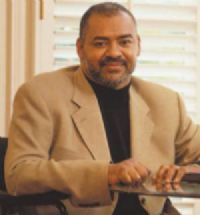 It was announced yesterday (Tuesday 8th June) that MARVIN ISLEY, who played bass on all The Isley Brothers‘ hit records from the ’70s – including ‘That Lady’ and ‘Harvest For The World’ – has died at the age of 56 from diabetes complications. In fact, Isley had been suffering from diabetes for some time and officially quit the band as long ago as in 1997 as a result of the disease (later, as his condition worsened he had to have both legs amputated).
In the mid-1980s, Marvin Isley left the group briefly to form a trio with his brother, Ernie, and cousin Chris Jasper, which went under the name ISLEY-JASPER-ISLEY. They recorded three albums for CBS and enjoyed a US R&B number one with the song, ‘Caravan Of Love,’ later a UK Christmas chart topper for the Hull-based indie-pop band, The Housemartins.