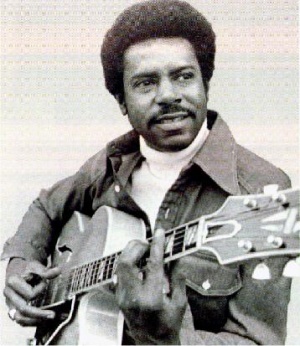 MARV TARPLIN – the guitarist with THE MIRACLES – has died. Sketchy news agency reports say that the 70 year old died in Las Vegas (where he lived) on Friday 30th September.

TARPLIN was born in Atlanta, Georgia but his guitar skills took him to Detroit where he eventually became the guitarist for the very young PRIMETTES –who, of course, went on to become the SUPREMES. This Motown link brought him to the attention of SMOKEY ROBINSON who made him an integral part of his group, THE MIRACLES. (It’s important to remember here that on the 50s and early 60s vocal group scene all the important groups had their own, special guitar man).

Often overlooked in group histories, MARV could well be described as “THE MIRACLES’ secret weapon”. His distinctive guitar licks were an important part of the group’s overall sound while he also co-wrote may of their hits including ‘The Tracks Of My Tears’, ‘I Like It Like That’ and ‘Going To A Go-Go’. He also co-wrote hits for other Motown stars – notably ‘Ain’t That Peculiar’ and ‘I’ll Be Doggone’ for MARVIN GAYE.

MARV left the MIRACLES in 1973 but he was always there for SMOKEY during his solo years – recording with him, touring with him and writing with him. He officially retired in 2008 and settled in Las Vegas. MARV was preceded in death by his wife, SYLVIA, (who died in 2004). The couple have a daughter named TALESE.