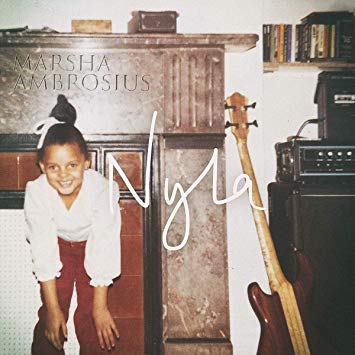 Back in September we announced that Scouse soul girl (yes, she’s originally from Liverpool!) MARSHA AMBROSIUS was gearing up to release a new album … her first for four years and light years away, it seems, from her time with Floetry.

The album announcement came with the single ‘Luh Ya’. It was a complex but elegant neo soul groove with subtle harmonies… and if it floated your boat the 15 track album will take you on an extended cruise because there’s plenty more of those carefully-crafted, multi-layered neo-soul sounds. And as is the way with neo-soul sets you get a couple of those short interludes; one of which is the album title track, ‘Nyla’. Nyla is Marsha’s daughter and the whole set is meant to be informed by the joys, the trials and the tribulations of motherhood.

Most of the music is downbeat (they only time it gets over the beat parapet is on the percussive ‘I Got It Bad’) but throughout, the vocals and harmonies are flawless. Song construction and delivery all reminded me of Michael Jackson… hardly surprising when we remember that Marsha was one of MJ’s favourite writers – grab a listen to his ‘Butterflies’ to hear what I mean.

MARSHA AMBROSIUS’ ‘NYLA’ is out now on E1 Entertainment.