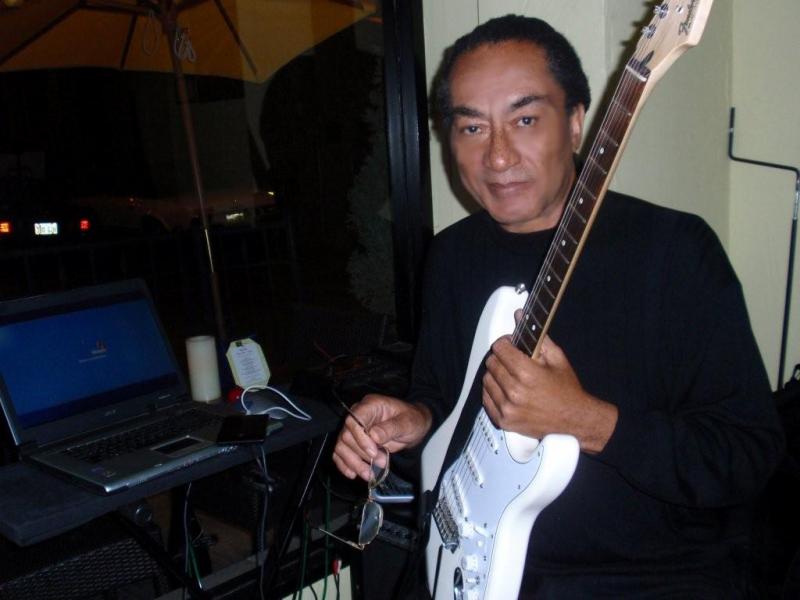 American news agencies are reporting the death of session guitarist and producer/arranger MARLO HENDERSON. Few details are available, other than that Marlo died on Sunday 25th October aged just 67. Marlo is probably best known for his work as a session musician but he also wrote and produced. extensively.

Born in New Mexico in 1948, he rose to prominence with the Buddy Miles Group before joining the bands High Voltage, then Maxayn. In 1977 he joined Minnie Riperton’s band and co-wrote several songs with her.

In 1979 he played on Michael Jacksons’s ‘Off The Wall’ album contributing to the tracks ‘Don’t Stop Till You Get Enough’, ‘Rock With You’, ‘Off The Wall’ and ‘Girlfriend’. Amongst his other credits are work with people like The Pointer Sisters, Earth, Wind & Fire, Diana Ross, Marvin Gaye, Cher, Janet Jackson, Van Morrison, The Temptations, Ray Charles, Rufus & Chaka Khan, Nancy Wilson, Ramsey Lewis, Patti LaBelle and the Dells.

In more recent years Marlo worked with the hip-hop community, using the name M5 – also the name of his music production company. Most recently he was composing music for Chris Gardner’s audio book version of his bestselling book and highly acclaimed film ‘The Pursuit of Happyness’, working with singers John Young and Sherry Pruitt and working as MD on ‘East Meets West’ a musical play about the merger of Chinese and American musical cultures during the 19th and 20th centuries.