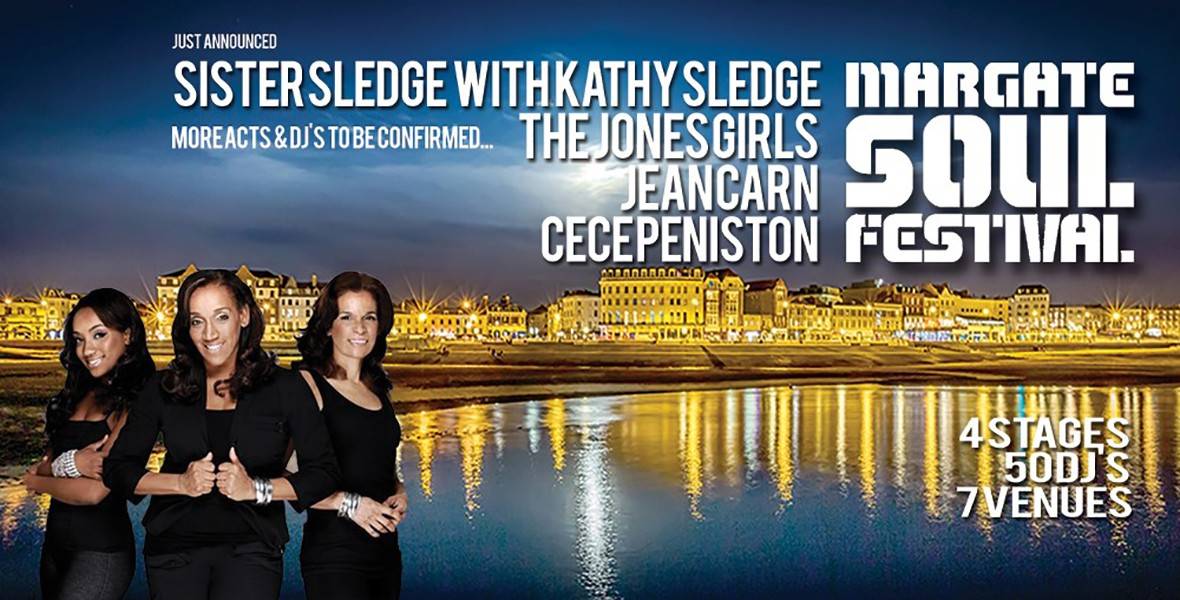 For three days in August (5th- 7th), the Kent resort of Margate will become UK Soul Central as the town hosts its remarkable Soul Festival for the 10th year.

Margate Soul Festival is Kent’s signature soul music festival held in and around the picturesque Margate Harbour, with a large outdoor arena overlooking the sea at the rear of the iconic Turner Contemporary Gallery. Now celebrating its 10th anniversary, this year’s festival will offer a unique combination of ticketed large-scale outdoor live shows, free family friendly street performances, DJ-led carnival street parties and the most eclectic mix of club nightlife.