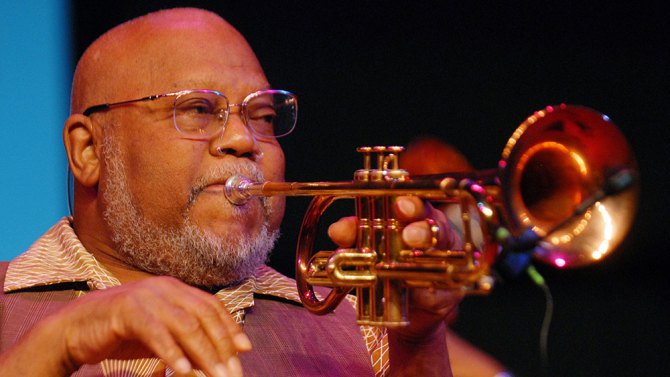 Jazz trumpeter and session musician MARCUS BELGRAVE died on Sunday 24th May. He was aged 78 and had been in hospital in Michigan since April suffering from chronic pulmonary disease. In a long career he had played with numerous big names in the world of soul and jazz…. people like Ray Charles, Aretha Franklin, Charles Mingus, Tony Bennett, Max Roach, Dizzy Gillespie, Joe Cocker and almost all the early Motown stable.

Born in Chester, Pennsylvania in 1936, by the age of 12 Belgrave was playing trumpet professionally, going onto join the Ray Charles band in the late 50s. He was featured with Charles on the classic ‘Jazz at Newport’ albums. Belgrave came to Detroit in 1962 and became a studio musician at Motown…. he played on numerous hits, including ‘My Girl’ and ‘Dancing In The Street’. After Motown left for California, Belgarve remained in Detroit and founded Tribe Records

In 1988 he became an original member of Lincoln Centre Jazz Orchestra … selected personally by Wynton Marsalis, and in 2006 Belgrave was featured at Jazz at Lincoln Centre’s presentation, “Detroit: Motor City Jazz”.

In 2009, he received the Kresge Foundation’s Eminent Artist award, honouring nationally acclaimed artists who have pursued careers in Detroit.

Marcus Belgrave is survived by his wife, two daughters and two sons.