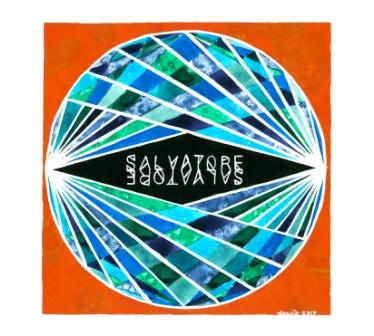 SALVATORE MANALO is a young singer/songwriter/guitarist who enjoyed an itinerant upbringing. His father was in the US Navy and on his travels young Manalo took to the guitar. In his teens, living in Japan, his guitar skills improved and he started to write songs and develop his own sound and style which is maybe best described as blue-eyed soul with an AOR rock overlay… a little like John Mayer, if you would.

By 2010 Mr M was attending the Berklee College of Music and his online music postings started to draw decent audiences. After gigging round Southern California, Salvatore returned back to Portland and on the back of a successful kickstarter campaign, he’s just released his first proper recording – a five track eponymous EP that kicks off with a rumbling blues-tinged ‘Always’. The song features a memorable hook – something shared by ‘This Feeling’ and the jauntier ‘Rolling’. ‘Stay’ offers something different… it’s a gentle acoustic ballad that allows the warmth of the vocal to shine.