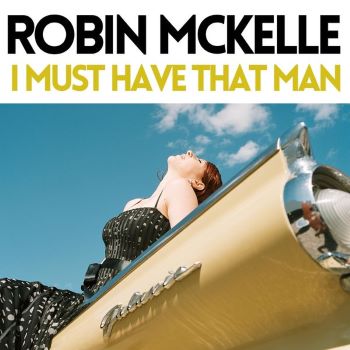 US soul/jazz chanteuse has just released a new single… though it’s not exactly “new”. The track is Robin’s version of the classic Dorothy Fields/Duke Ellington standard, ‘I Must Have That Man’ and Ms. McK originally recorded it in 2009 for her ‘Mess Around’ album, but it wasn’t included on the final album mix.

There was no reason given for the omission even though, sonically, it fitted with the feel and timbre of that LP. Classic female  vocal jazz,  it featured Aaron Goldberg on piano, Peter Slavov on bass and drummer Mark McLean… all of ‘em on fire!

For this new release, Robin has recut the vocals and had the whole thing remixed to craft five minutes’ worth of vocal jazz as it should be. Oh, and the choice of song isn’t random. The selection is part of Robin McKelle’s  crusade to honour female songwriters. In this case Ms Dorothy Fields. Out now!