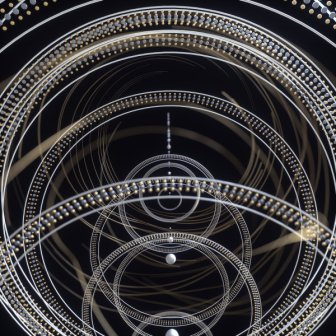 RESOLUTION 88 is a UK-based soul/jazz/funk band. They were put together by Cambridge keyboardist Tom O’Grady who cites his main influences as Don Blackman and Herbie Hancock. It was back in 2012 that Tom decided to form a band in an attempt to “give life to the creative ideas that lie within”. He’d always been moved by music that was built around beautiful harmonic changes – the music of Herbie Hancock, Stevie Wonder, Steely Dan… even, yes, Ravel and Chopin! Early in his career he’d also realized that instruments like the Fender Rhodes were ideal to help him deliver his ideas on those “beautiful harmonic changes”.

The five piece are currently promoting their latest album… the 9 tracker that is ‘Revolutions’. The LP represents lots of firsts for the band. For the first time they use special guests to help them deliver; the first time they’ve used real strings and real brass and, in the modern way, the first time their work will be available in vinyl!

Indeed the band work hard to make the whole thing sound like classic vinyl. On ‘Pitching Up’ you can hear the track “pitching” from 33rpm to 45rpm (as a DJ would do); on ‘Out Of Sync’ you can hear attempts at beat matching; while ‘Runout Groove’ speaks for itself.

Amongst the album highlights is the soul groove, ‘Sample Hunter’ and the Guru style rap that is ‘Dig Deep (rhymes from guest Marcus Tenney)