MAKING OVER WITH JODY 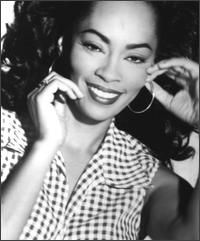 It’s an amazing but, apparently, true fact that the lovely JODY WATLEY – along with MADONNA and JANET JACKSON – is MTV’s most award-nominated female artist, despite a comparatively low mainstream profile in Europe and the UK. Knowing soul fans though are totally aware of JODY’S talents and a pedigree that goes way back to the heady days of SHALAMAR. Said knowledgeable fans eagerly seek out her solo work , though much of it has been hard to track down in Europe. Things are about to change with the October UK release of a variant of her US 2007 set, ‘The Makeover’. The new release has some of the old cuts but is enhanced with new tracks and remixes. There’s lots of outstanding soul on the album – including the insistent ‘A Beautiful Life’ and the DJ SPINNA produced version of CHIC’S ‘I Want Your Love’ There are gentler grooves too – a unique version of BOB MARLEY’S ‘Waiting In Vain’ and a sweet take on the SHIRELLES’ ‘Will You Still Love Me Tomorrow’. For soul collectors though, the real icing on this soul slice is the PAM SAWYER produced and arranged ten minute version of her own ‘Love Hangover’. Here Sawyer gives the song the original prelude and arrangement which bossy BERRY GORDY vetoed for the DIANA ROSS version. JODY WATLEY – ‘The Makeover’ is out on Aritone/ADA in October. Full review on www.soulandjazzandfunk.com very soon

Tags: MAKING OVER WITH JODY