MAKING A WOMAN OUT OF ME! 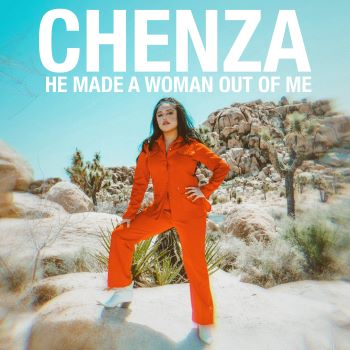 CHENZA is a US singer with quite a pedigree. She’s the daughter of famed Filipino singer and soul music pioneer Rico J. Puno and though born in California, Chenza was brought up in the Philippines. As a teenager though she was back in the States and taught herself  guitar and started writing songs. She recorded them herself and placed them on he own YOUTUBE channel. Her powerful performances soon brought plenty of views and her reputation spread so much so that she’s now ready to release a “proper” record.

That record (out now) is a power packed version of Bobbie Gentry’s ‘He Made A Woman Out Of Me’. Soul buffs will also know the song via Bettye LaVette’s version. Despite her age, Chenza turns in a big, mature performance on the track which offers flavours of both country rock and Southern soul. Helping Chenza deliver is a star studded band that includes keyboardist Herman Jackson (known for working with soul music giants Stevie Wonder and Aretha Franklin) guitarist Yohei Nakamura (Stevie

The track was recorded in Los Angeles and Chenza says: “When the band and I were listening back to ‘He Made A Woman Out Of Me’ in the studio, Herman said it sounded like a Joe Cocker tune and I thought that was really cool. I’m a big fan of Bobbie Gentry and I’ve always wanted to cover this song because it has that sexy, soulful groove with a southern flair that I love. I’ve had it on repeat for months so it’s been a dream come true to finally cover it with these amazing musicians.”

CHENZA; He Made A Woman Out Of Me’ out now!