MAKING A U TURN! 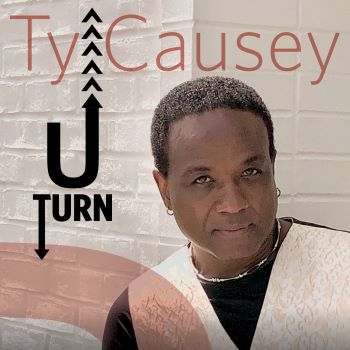 Soul chart watchers and savvy soul sites will have spotted plenty of coverage for TY CAUSEY’S New single, ‘U Turn’.

Causey, of course, is a top indie soul producer/singer/songwriter/performer who, without too much hype, has steadily built up a coterie of fans since he debuted in the late 90s working with Najee. Soul folk will have fond memories of his ‘Tyangles’ and ‘Mr Mellow’ albums and the new ‘U Turn’ delivers on the promise of those  collections.

‘U Turn’ is a mid-tempo groove – smooth but with a funk undertow, Ty’s vocal is tracked by a stealthy flute courtesy of Monet Cherise – the cameo adds real intrigue. We believe that there’s a new album on the way too.

In the meantime, ‘U Turn’ is out now and available via all the usual digital outlets.