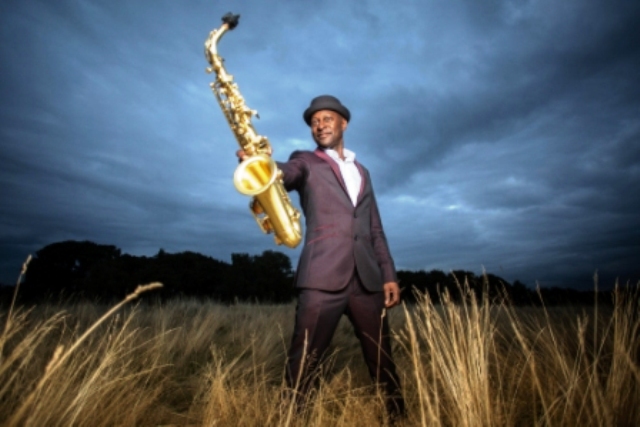 ALVIN DAVIS is a  Birmingham (UK)-based  multi instrumentalist – but his instrument of choice is the saxophone. He’s been in the business since the 1990s and he’s worked with people as diverse as of Maxi Priest, Edwin Starr, The Foundations, Neville Staples, Alton Ellis, Ken Booth, Dennis Alcapone, Macka B and Dennis Bovell.

Alvin has a number of solo albums under his belt and right now he’s busy promoting his latest set – ‘Make A Stance’. The 12 track LP offers Mr D’s take on smooth, sax-led jazz and the overall mood is slow and slinky. Many of the cuts would not be out of place on any Quiet Storm radio show – notably the melodic opener, ‘Cool Skool’ and ‘Giving Up’ and the lovely, catchy ‘Just Us’ . Rarely does the tempo increase save on the pacey and crisp ‘Freedom Reigns’ and ‘Stomp’ which boasts just a garnish of reggae – the influence of some of the people Alvin’s worked with?

Most dramatic of the tunes is ‘I’m Coming Home’ (would love to know where the protagonist has been to merit the drama!) while the best soul groove is ‘The Ride To Love’ which like many of the cuts features a sort of “semi vocals” – you know what I mean, gentle, choruses. For added interest, the album ends with the only cover on offer – a very respectful take on Junior Walker’s ‘Walk In The Night’.

Alvin Davis’ ‘Make A Stance’ is ready to download from all the major portals.