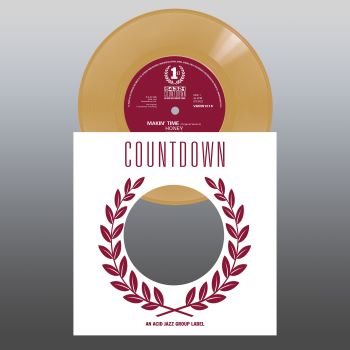 MAKIN’ TIME were a popular 80s UK band who took their inspiration from 60s mod/soul band The Creation. They hailed from the West Midlands and were part of the mod revival. Working for Countdown Records (a division of Stiff), they enjoyed a cult following and now, of course, their original output is much in demand in certain quarters.

To meet the demand, Acid Jazz have resurrected the Countdown label and are gearing up to release a 7” vinyl on Makin’ Time. The A side is an energetic ‘Honey’ – which indicates just why the band were such a popular live draw. The B side is a jaunty ‘Take What You Can Get’ and interestingly neither track was officially released. It seems that Countdown/Stiff felt that neither were “poppy” enough.

If you want to investigate, the single will be released in a very limited 7″ edition in April but we believe that you can pre-order via Acid Jazz.