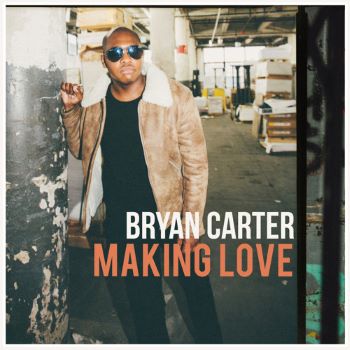 It’s one of Burt Bacharach’s lesser known songs but BB fans acknowledge it as one of his best. We’re talking about the tender and lovely ‘Making Love’. Co-penned with Carole Bayer Sager, the song was the theme to the movie of the same name and became a hit for Roberta Flack. Controversially, the film dealt with same-sex relationships at a time when the subject was almost taboo.

Now in more liberal times (thankfully) the song has resurfaced in a beautiful new rendition from jazz singer and drummer BRYAN CARTER. Carter hails from New York and offers fresh perspectives on the song with a full production and an optimistic vocal. We’re told that the song is close  to Bryan’s heart, dealing, as it does,  with the struggles of “coming out”.

Bryan’s new ‘Making Love’ is from his upcoming album ‘I Believe’, which comes out June 3rd via La Reserve. He says that the album is semi-autobiographical and that the lyrics of the Bacharach classic perfectly sum hp how he often thinks. He says: “There’s more to love, I know, than making love,” It’s more than just the hook-up. How do I have a normal socialized relationship with this person? How do I learn to hold their hand at dinner in the park? Can I kiss them in the park? Is that okay? Is someone going to say something? I think that’s what that song is about.”

Bryan Carter’s ‘Making Love’ is out now and comes recommended!