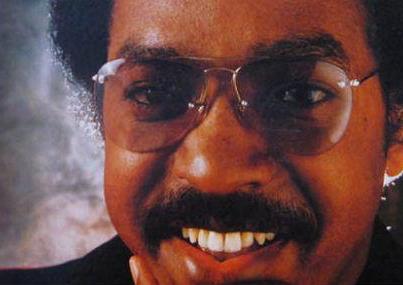 Sweet soul singer, MAJOR HARRIS has died in his home town – Richmond, Virginia. His sister, CATHERINE THOMAS, told Associated Press that her brother passed away on Friday 9th November from congestive heart and lung failure after being rushed to a hospital. He was 65.

HARRIS was Richmond native – born Feb. 9, 1947, and he grew up in a musical family. His father was a guitarist and his mother led the church choir. Always wanting a career in music, he worked with several groups in the 1960s, including THE CHARMERS, FRANKIE LYMON’S TEENAGERS and NAT TURNER’S REBELLION.

His big break came in 1970 when he joined THE DELFONICS as replacement for RANDY CAIN but in 1974 he quit for a solo career with Atlantic. Almost immediately he scored a massive hit with the classic Quiet Storm ballad ‘Love Won’t Let Me Wait’, which won him a Gold Record and a permanent place in soul history. The follow up, ‘I Got Over Love’, was a minor hit before the singer joined RCA Records. MAJOR HARRIS recorded sporadically in the 80s – most notably for the UK-based Streetwave label. He then rejoined one of two touring incarnations of THE DELFONICS and last performed with them in 2011.

He can be heard on THE DELFONICS’ 1999 “comeback” Volt album ‘Forever New’ and he also contributed a version of ‘My Cherie Amour’ to the PHIL HURTT produced 2006 collection ‘A Soulful Tale Of Two Cities’.